Swift is a general-purpose, modern programming language for iOS development. Intuitive, easy to use and powerful, Swift combines the features of C and Objective-C to deliver amazing solutions for mobile development.

Giants such as LinkedIn and Firefox use Swift in their iOS apps. Swift is a fast-growing, trendy language. Astec developers already mastered it, and can’t wait to show you their expertise.

Swift is much faster than Objective-C and just as fast as C++. Time is money. Developers save time with Swift.

Swift documentation provides a concise overview of most important features of the language. Developers love it.

Swift has a vibrant community who is always ready to help. Many questions have already been answered.

We spend over 5,000 hours each month designing and building enterprise-class software for our clients

Being in business since 1993, we have decades of experience in delivering innovative software solutions

Our decades-long experience in creating digital innovation across multiple industries enables us to help clients tackle strategic opportunities and solve real-world business challenges. We always keep a focus on customer experience and business outcomes in order to ensure each project’s success.

We deliver projects using the Scrum agile project management framework, which keeps you in the loop and enables teams to respond to change rapidly, efficiently, and effectively. Scrum enables cost-effective engagements and is designed to meet your goals, timeline and budget.

At Astec, every Swift developer had to go through a non-trivial hiring process and received training from our most skilled and experienced Swift experts. This ensures that Astec’s Swift development teams have the complete competencies required for enterprise-class Swift application development.

Leveraging DevOps practices in project delivery enables us to save time and resources by automating tasks like code deployment and continuous testing. DevOps teams can perform frequent code changes, stage the builds for testing and push frequent software changes to the market.

To ensure the security of personally identifiable information, we build software by following Microsoft’s Security Development Lifecycle (SDL) practices as well as the principles of Security by Design and Privacy by Design. This approach enables our clients to comply with the EU’s GDPR.

Astec’s ISO 9001:2015 and ISO 27001:2017 certifications are evidence that we abide by international norms in information security and quality management. Following best practices during the software development lifecycle is a prerequisite for building enterprise-class software solutions.

We provide you with complete visibility into your project and open multiple lines of communication. Your involvement throughout the whole project and team staffing is expected. We frequently update clients on their project’s status and are available when they need us.

Your satisfaction with our work is of utmost importance to us. We provide you with a dedicated account manager, project manager and a consistent delivery team. All clients are surveyed during and after project delivery, with results going directly to our Managing Director.

When it comes to Swift app development, there are plenty of reasons why companies choose Astec:

Our Clients About Their Cooperation with Astec

Astec helped build an all-new version of our plugin. It was a critical task for us, as the plugin has 600,000 active sites. Their diligence and responsiveness was greatly appreciated, as was their willingness to meet during our business hours. We’re continuing to work with them on new projects. 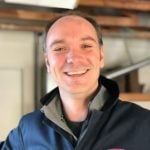 Nigel TunnacliffeVice President, Publisher at ShareThis, United States
Astec has been a great partner for Gun.io. Their software engineers are top notch and their management communication and processes have helped us add capacity, performance, and results. 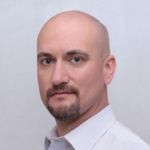 How Can Swift Boot Help My Business?

We have prepared answers to some of the most common questions asked about Swift software development: